Deprecated: Non-static method Joomla\CMS\Application\SiteApplication::getMenu() should not be called statically in /home/nasneworleans/public_html/components/com_posthousing/router.php on line 81

The Virginia Museum of Contemporary Art features rotating exhibits which rotate year-round to increase the appreciation of the art of our time across the mediums of sculpture, glass, photography, painting, and visual media. Previous exhibits have included unique items such as tarot cards and contemporary jewelry.

The Virginia Aquarium and Marine Science Center has 800,000 gallons of water and 700 species of freshwater and marine animals. Exhibits include spotted eagle rays, harbor seals, loggerhead turtles, sand tiger sharks, a touch pool, blue crab and aviary, and a deep-water canyon with sharks and rays.

The Adam Thoroughgood House is the work of one of Virginia's first colonists' grandsons, Argall Thoroughgood, who built the house around 1719. Tours will reveal the history of the house and its family and give visitors a good idea of what life was like for the early colonists.

The Military Aviation Museum has one of the world's largest collections of military aircraft from World War I and II, most of which are in flying condition. Some of these magnificent warbirds include the Fiesler V1 Flying Bomb, Fokker CI, Hawker Hurricane, and the Curtiss P-40, plus many more trainers, fighters, and bombers.

Also worth a stop are 2 early colonial homes of prominent Princess Anne County area families, the Lynnhaven House and the Francis Land House. Built in 1725 and 1805, respectively, these homes are windows into their time period and furnished as they would have been back then.

The MacArthur Memorial is a museum, research and education center, archives, theatre, and memorial dedicated to General MacArthur and the millions of military members who served with him from World War I to the Korean War. Displays include paintings and sculptures, MacArthur's limousine, a Jeep from WWII, and past exhibits have detailed MacArthur's airmen and the Honor Guard.

Nauticus is a large museum and science center and provides education on ocean life and maritime history. Exhibits include displays on the local seaports, historical displays, submersibles and deep sea exploration, several marine biology exhibits, and the battleship USS Wisconsin. The museum also hosts camps and other educational activities. The Hampton Roads Naval Museum is on the same site, dedicated to the history of the US Navy in the Hampton Roads area, with emphasis on specific periods from the American Revolutionary War to the end of the Cold War.

Fort Norfolk is a War of 1812 era fort and the last remaining of 19 forts authorized by President Washington in 1794. It was used as a prison by Union troops and changed hands with the Union and Confederacy numerous times, then became a Navy ordnance depot, and lastly was occupied by its current owners, the U.S. Army Corps of Engineers. Self-guided tours include a walk through the barracks, officers' quarters, dungeon, and guardhouse.

Moses Myers House was built in 1792 as the home of wealthy Jewish settler Moses Myers. The home is still furnished with a majority of original family items and decorations which reflect the Federal period in which the Myers' lived. This is the only historic home in the country to represent the traditions of early Jewish immigrants.

Norfolk, Newport News, and Hampton together offer many historical and interesting places to stop along a self-guided Civil War Trails driving tour. Locations such as Fort Norfolk, Abraham Lincoln's "landing" in 1862, a monument to African American soldiers, and the Hampton Courthouse which was burned in 1861, are all very close by and steeped in history. 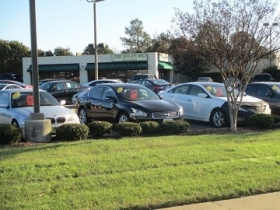